Member and cash auditor of the GTB

END_OF_DOCUMENT_TOKEN_TO_BE_REPLACED 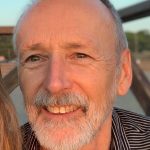 “In the beginning, everything just happened,” says Jörn Münzel. After studying computer science at Darmstadt Technical University, he tested IT systems at Danet GmbH according to the requirements of the postal authorities at the time. He quickly realized that his mentality of thinking analytically and in structures and testing harmonized perfectly. Thirty years later and richer in professional experience, he is an active retiree in the GTB and consulting with his last employer.

Jörn Münzel has thus been an experienced testing professional for years and is very familiar with the various facets of quality assurance: He worked, for example, as a project manager on test (automation) at Danet GmbH, but also in research (Robert Bosch GmbH), as a manager for general software technology (Bosch Telecom GmbH) and as a test manager and competence center manager (Devoteam Danet GmbH, ITinera projects&experts GmbH & Co. KG). Since his first contact with software testing in the early 1990s, Jörn Münzel has been fascinated by the “balancing act of the task”: on the one hand, empathizing with the user’s expectations and, on the other, using as well as stressing the technical realization. An independent position for testing vis-à-vis software development is particularly close to Münzel’s heart. He is committed to this division of tasks, and he sees the GTB as an ideal platform for sharpening the tester’s job profile and further elaborating his qualifications.

For this reason, Jörn Münzel is involved at the GTB, among other things, as head of the Job Profile WG for a transparent presentation of the qualification offers within the framework of the Certified Tester and their classification in a personal or organizational competence development. Furthermore, he also contributes his diverse experience to the development of syllabi and examination questions.

In addition to his work for the GTB, Jörn Münzel has been involved in the specialist group “Test, Analysis and Verification of Software” (TAV) of the Gesellschaft für Informatik (GI) for over 20 years.