GTB / German Testing Board / Executive board

Florian Fieber is founder and managing director of QualityDojo IT-Consulting GmbH in Berlin and has been working as a consultant and trainer in the quality assurance of software systems for almost 20 years. His focus is on test management, test process improvement and business analysis of enterprise applications. In accordance with the company’s vision “Satisfied users through better software”, he supports his customers through strategic consulting and operational project support as well as in the qualification of employees and teams.

After studying media informatics and information systems, he initially worked as a software developer for enterprise applications and as a research assistant at the Berlin University of Applied Sciences. Since then, his focus has evolved from test analysis to test automation to test management and process improvement, and today encompasses all quality assurance aspects throughout the software lifecycle.

Mr. Fieber has been active as a trainer for “ISTQB Certified Tester” seminars since 2006. During this time, he has developed various seminar contents and led numerous seminars for ISTQB Certified Tester Foundation Level as well as the Advanced Levels. At the GTB, Mr. Fieber has started to further develop and establish the Certified Tester scheme. Among other things, he is involved as leader of the Acceptance Testing working group and as deputy leader of the Glossary working group, as well as in the Agile and Mobile working groups. He was Vice Chair from 2020 to 2022 and has been Chair of the GTB since 2022.

Dietrich Leimsner likes to speak of the tester’s “dirty fantasy”, which cannot be replaced by machines, when he explains why even in times of test automation and AI-supported test case generation, the human element of the trained software tester must not be missing in comprehensive software quality assurance.

He has been with DB Systel GmbH, a Deutsche Bahn AG company, since 1999. At the then still quite new ticket vending machines, he learned directly at the interface of the digital (the sales data record) with the physical (the actual ticket) the attraction and challenges of comprehensive quality assurance. Therefore, since 2006, he has been dealing exclusively with this topic in various large systems with board and customer visibility.

In 2014, Dietrich Leimsner took over the design and further development of DB Systel’s test process as well as the responsibility for the associated methods and tools. In this context, he is now concerned with the challenges of software quality assurance and how this is perceived when the company reorganises itself in terms of structural and project organisation according to agile principles.

In the GTB, Dietrich Leimsner is involved in the Exam and Glossary working groups. In addition to this activity, he is active in the “Test, Analysis and Verification of Software” (TAV) section of the Gesellschaft für Informatik (GI) (German Informatics Society) (where he is a member of the “Job Profile Tester” working group). 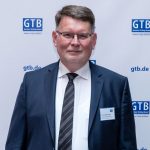 Horst Pohlmann, born in 1958, studied Computer Science at the University of Paderborn and worked initially as a system developer in a branch of a software house belonging to the Rheinmetall group, where he first introduced the subject of software quality assurance. Following that, he implemented this in the areas of management and quality at various other software houses. He gained his comprehensive professional experience in various roles: as employee, in senior management and as member of the executive board with a focus on the subjects of software quality assurance, quality and project management and business process re-engineering.

Since 1984, Horst Pohlmann has been a member of the Gesellschaft für Informatik (GI) and has been active in the GI working party “Test, Analysis and Verification of Software” (TAV) since 1992. Together with Eike Hagen Riedemann and others, he was involved in the creation of the “TAV-Glossary of Testing Terms”, which was published in 1996.

Horst Pohlmann is a founding member and was Chairman of the German Testing Board from April 2013-2015.

As part of his voluntary work there, he was involved in work on the ISTQB® Glossary and also on the Certified Tester syllabi. As treasurer, Horst Pohlmann was a member of the executive board at the umbrella association „International Software Testing Qualifications Board (ISTQB®) from 2007 to 2011, where he was also Working Group Chair of the EXAM working group from 2008 to 2010. Since the summer term of 2010, he has been associate lecturer for Software Quality Management at the University of Applied Sciences Ostwestfalen-Lippe.